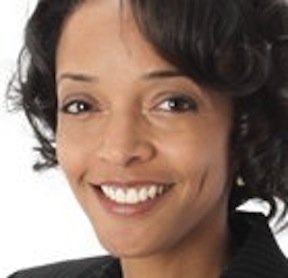 I had not heard of Nicole Baker Fulgham before CCDA, but I was very grateful to have been able to hear her speak.

Until recently Nicole has worked with Teach for America, an organization doing a lot of good work around educational reform. Her primary role has been working with the faith community to inform and ignite them to be involved in educational reform as well.

She has recently branched off from Teach for America to start her own organization called The Expectations Project. You can find out more about them at theexpectationsproject.org

There was a lot that she shared that resonated with me, and I’ll email you my notes if you want them.

She used the phrase “Prevailing ideology” to describe an all too common problem in our country. It is the belief in the back of many people’s minds that children in low-income environments can’t do well in school.

She sees it on both sides of the privilege line. She acknowledges that most people who have had opportunity and wealth would never dare utter the words out loud. It would be politically incorrect to ever say anything that could be interpreted as harsh and uncaring. But when you read between the lines you can see that many people have this belief.

What really got me was when she told a first person story of experiencing this with some of her own students.

Before taking the role with Teach for America she taught in a low income school in Compton, L.A. She had a slogan that she would often use with her students in hopes of inspiring them. She would repeatedly tell them that they were the “future geniuses” of the United States, and affirm her belief in their potential.

One day a 10-year old student came up to her, and pushed on this. He said something to this effect: “Why are you at our school? You are educated, smart, and successful. You could work anywhere you want. Why are you here?”

She replied with her familiar refrain: “You are the future geniuses of America. This is where I want to be.”

His response brought her to tears.

“Yeah right. Future geniuses of America? Nobody else thinks that. Look around. Our school has no toilet paper. It is dirty and unkept. The paint is peeling off the walls. We have old books and no computers. Nobody thinks we are geniuses.  They would never put us in a place like this if they did.”

She choked up as she shared this story, and so did I. The lament of this 10-year old felt so real, and so near, that I felt like it was me sitting across from him.

The reason that she shared this story was to make the point that the “Prevailing ideology” is not just felt from the outside of these types of environments. The children know that this is what adults think. They pick up on cues from early on. This child was only 10, yet he had clearly and accurately identified the ideology of the adults that were making decisions that would affect his future.

I know that this heart breaking reality is true. I know it is true in many adults, and I know it is felt by many children.

Even as I write this tears well up in my eyes. I never experienced anything to that degree growing up, but I have many memories that trigger similar emotions. I remember many moments where I internally wondered if anyone saw anything special in me, or if I too was part of that prevailing ideology.

As Nicole Baker Fulgham shared this story, I felt the presence of God stir deep within me. My heart breaks for every child that suffers from this prevailing ideology, and I wish I could do more to change that reality.

But I will not sit idly by when something like this is so real and present. After sitting in the sorrow for a few minutes, I began to pray.

I began to thank God that there were loving adults who came around me and encouraged me to be all that had God made me to be.

I began to confess for the times in which I have been guilty of either communicating this prevailing ideology or from not stepping in to stop it.

I reaffirmed my resolve to not lot this happen on my watch. Not in my neighborhood. Not to the children with the reach of our faith community.

I asked God to give us supernatural strength to touch and enfold as many children as possible.

I prayed that, if it would be God’s will, that there would not be a single child within our reach that ever wondered if they were loved, cherished, believed in, supported, and encouraged.