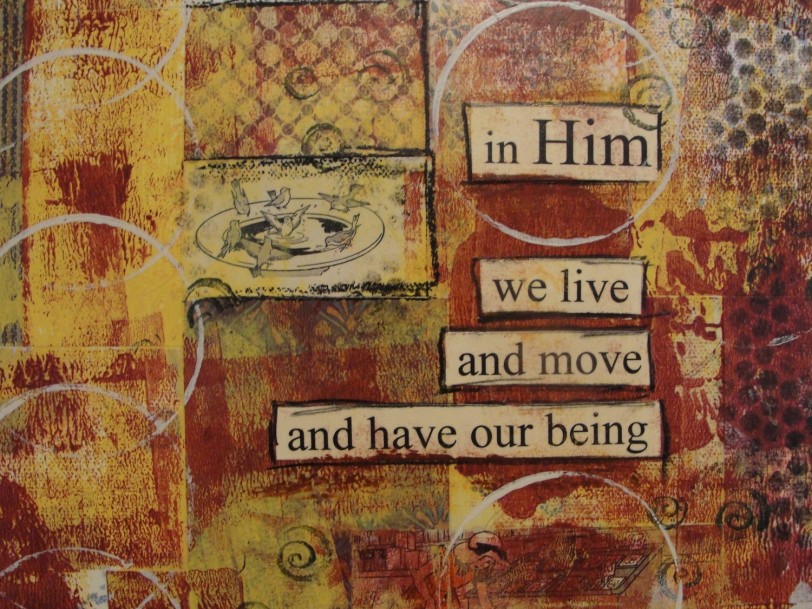 In the last post I explored some of the deep riches that come from this famous verse: “In him we live and move and have our being.” Paul the Apostle draws a straight line here in Acts 17 between the need to live from our identity of children of God and the possibility of this type of buoyant hope and joy. It would be hard to overstate the importance of this idea for anyone seeking to fully experience the presence of God in a transformational way.The implications of this doctrine go far and wide, and I would like to explore one of the really important ones here. I’ve already established how/why I think this sermon is intended to have applications for reconciliation, and here is my conviction about the importance of this particular doctrine:
Said negatively: the failure to grasp the doctrine of “the offspring of God” – and drawing deeply from that to establish our inner identity – is at the root of prejudice and bigotry.

Said positively: learning to embrace the doctrine of “the offspring of God” is at the heart of becoming Christ-led reconcilers. 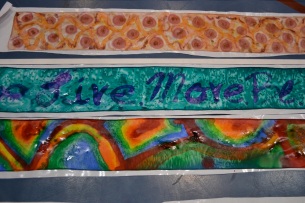 Paul gives this great sermon at Mars Hill, and the logic goes like this: As human beings we are created in God’s image, and designed to live in worshipful union with God. One of the primary sources for worship is reflecting on the divine reality that we are all God’s offspring. This informs who we are, whose we are, and how we are to act, and when we live from that place, we experience this poetic reality of living and moving and having our being in God.
But here’s the problem. Though we are designed to live from this place, we rarely do. Most of us experience an ongoing sense of failure in the identity department. Even when we doggedly believe and desperately long to live as the beloved, we more often derive our sense of worth from external measures. Education, income, lifestyle, career, family, politics, marital status, nation of origin – these tend to be far more influential on how we view ourselves than being the offspring of God.
When we give in to the voices that define us from the outside (and we all do to some degree), it has tremendous implication on both how we view ourselves and how we view others. Instead of understanding identity as being primarily rooted in the belovedness of God, we rely on a societal calculus that attributes value/worth based on certain criteria, and subtracts it based on others. And once we have opened our hearts to external voices to determine our worth, the stage is set for a social hierarchy.
This social hierarchy begins to immediately shape the way we see ourselves. The degree to which we match the value system of the societal calculus affects the degree to which we feel important, valuable, worthy, and loved. And to the degree which we don’t match that value system affects the degree to which we internalize the opposite message.

It doesn’t stop there. Once we buy into the valuation of this societal hierarchy, we are immediately flooded with an emotional sensation of feeling both an inferiority and superiority complex. Whether we have precise words for naming it or not, we know that there are some people (and groups) who are more valuable than us in the eyes of society, and some groups who are less valuable. Without the transforming power of the Spirit of God, it’s humanly impossible to avoid envy of those that are above you on the social ladder, and disdain for those who are below you.

This is also where prejudice, bigotry, and ultimately racism find much of their roots. Prejudice is usually thought of as something that happens more at an individual level – i.e. preconceived (usually unfavorable) judgments toward an individual or group based on the societal calculus. Bigotry is usually thought of as the next level of action, where people, informed by their prejudice, treats others based on fear or hate. Racism is usually thought of as the collective, corporate, systemic action that is enmeshed into society as a result of prejudice and bigotry (think prison industrial complex, discriminatory housing, police brutality, educational differentials, etc)

I don’t want to oversimplify a complex subject matter, but I am convinced that the Biblical concepts of worship, Imago Dei, and offspring/belovedness are at the heart of both the problem and the cure. It’s true that talk without action doesn’t change anything, but it’s also true that action without good theology is also largely impotent.

It’s one of the reasons I love Acts 17.16-34 so much. It does both. It gives us a comprehensive description of God, and then reminds us that this is what the Resurrected Christ is all about. It shouldn’t come as a surprise that Paul ends his address with describing Jesus with the word “justice.” This is where it’s all ultimately pointing.

Last month I turned 41, and I know that in the grand scheme of things that is not all that old. But being in my 40’s has raised the level of urgency that I live with, and I feel time flying by faster than ever. I live with a deeper desire for the presence of God now than I have at any point in my life. I want to know God, and be known by God.

In the words of Saint Paul, “I want to know Christ–yes, to know the power of his resurrection and participation in his sufferings.”

One thought on “Belovedness, Racism, and Reconciliation”